MODAL IMPROVISATION AND MELODIC CONSTRUCTION IN THE FLAMENCO ENVIRONMENT

No products!
> MODAL IMPROVISATION AND MELODIC CONSTRUCTION IN THE FLAMENCO ENVIRONMENT

A complete and well-structured body of flamenco modal theory 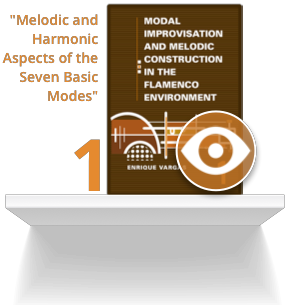 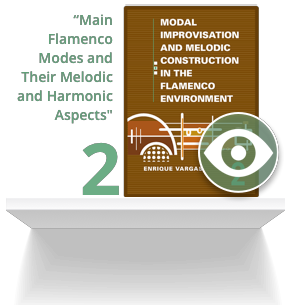 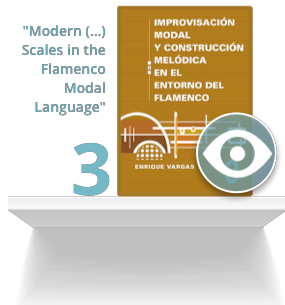 This series has been conceived as a theoretical and practical manual for composers, improvisers, performers, arrangers and musicologists interested in modal music in general, and/or flamenco modalities in particular. Available in English, Spanish and French.

Book 1:“Melodic and Harmonic Aspects of the Seven Basic Modes”

Book 2: "Main Flamenco Modes and their Melodic and Harmonic Aspects"

This book deals with new scales in the flamenco modal language. Some of these scales, such as the diminished, wholetone, overtone or hexatonic symmetrical, come from modern classical or jazz. Others, like the Japanese pentatonic scales Hiro-joshi, Kokin-joshi and Kumoi-joshi (or Hindu pentatonic), as well as the diatonic anhemitonic pentatonic scale, come from ethnic modalities which are external to flamenco. The harmonic implications of these scales is analyzed. Their application in the flamenco environment is explained. These explanations are illustrated by numerous melodic examples, both original and by renowned flamenco artists.The concept of modal substitutions is introduced. Modal polytonality is explained. The notion of replicating dominant scales by minor thirds and tritones is introduced and various ways to resolve a tritone are explained.

Over 4oo licks to listen to online

Each volume includes an assortment of licks / ideas for improvisation that will help the reader implement into their playing the concepts presented in the book. Each lick is recorded with harmonic accompaniment and bass, and can be listened to by clicking on AUDIOLIKS icons. 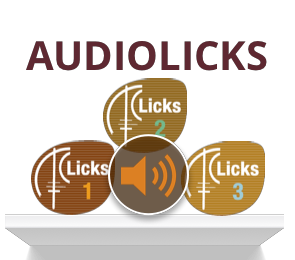 A series by Enrique Vargas

Ever since flamenco caught the attention of Western composers and musicologists, its modal and harmonic landscape has caused quite a bit of confusion. Every attempt to explain flamenco’s complex modalities and the harmony they generate has been unconvincing and incomplete. The main reason it has not been coherently analyzed is due to the fact that it has always been attempted from the standpoint of Western music theory, which is primarily based on cadential relationships.

Flamenco, however, is based on a combination of an Eastern modal system, which is known in Arabic as Maqam (there is a variety of different names in other Eastern countries), and Western harmony, which have been applied to the Oriental modalities throughout the course of history in the melting pot of cultures and civilizations that is Andalusia. Without understanding the intricacies of Maqam and the harmony its complex tetrachordal combinations generate, it would be impossible to understand, let alone create a theoretically structured analysis of this musical genre.

This is the main reason these books were written; a complete and well-structured body of flamenco modal theory has been long overdue, and these three volumes are a humble attempt to achieve this objective.

MODAL IMPROVISATION AND MELODIC CONSTRUCTION IN THE FLAMENCO ENVIRONMENT 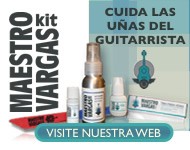